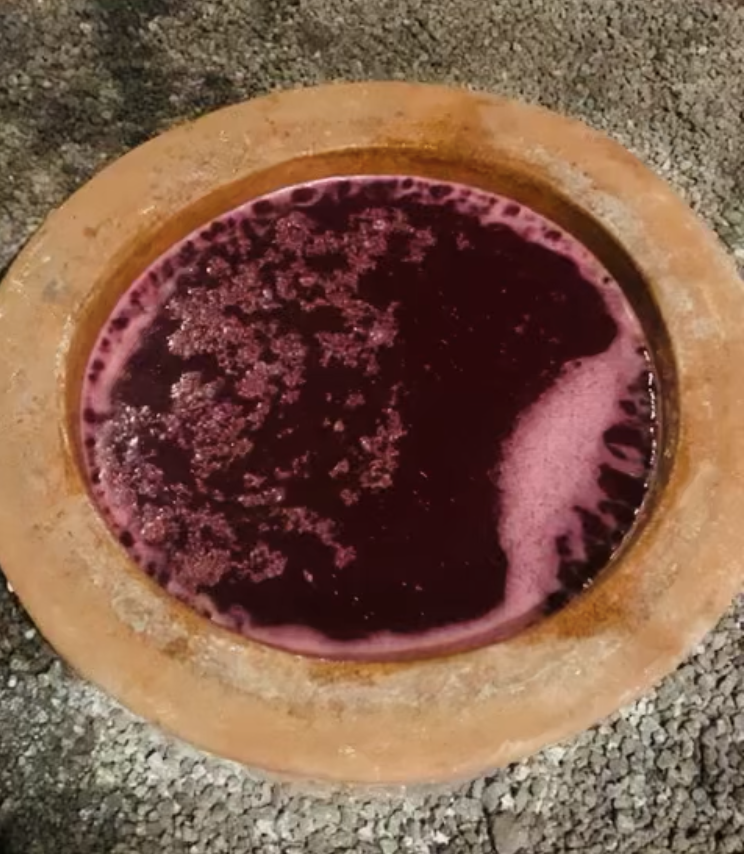 Orangey/pink in colour, this wine has bright fruit aromas of wild strawberries and flowers. Dry, crisp and fresh on the palate, the red fruit flavours of cranberries, red currants and cherries are coupled with white pepper and green tomato notes. The palate is textural with a fine mineral backbone and sapid finish..

In 2020, “Jeudi 15” Rosato was produced from biodynamically grown Nerello Mascalese grapes, hand harvested from two 100 yr old bush vine vineyards located on the north face of Mt Etna. 70% of the grapes came from a beautiful, property, located in the contrada MonteLaguardia, at 800 metres altitude. The rest of the grapes came from Contrada Monte Pomiciaro, near the town of Linguaglossa where the unique red pomace soils impart a distinct floral, lightness to the wine.

As per tradition, both old vineyards are co-planted with a small percentage of Nerello Cappuccio and Alicante, and a mix of indigenous white grapes; mainly Grecanico, Insolia and Minnella Bianca. The vineyards were both harvested in their entirety. Harvest was early October 2020. The whole bunches were carefully placed into various 10hl mastellone (food-grade plastic tubs) for 2 – 3 days with no movement. The bunches were then pressed and fermented to dryness by indigenous yeasts in two Georgian qvevri. Malolactic fermentation was spontaneous. The new wines were left on lees over the winter months. They were then blended at the end of January 201 and bottled without fining or filtration in March 2021. 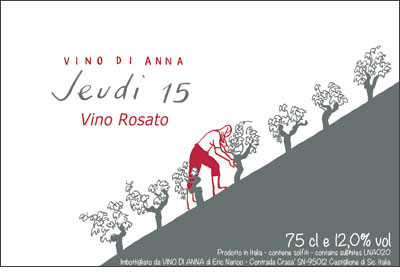 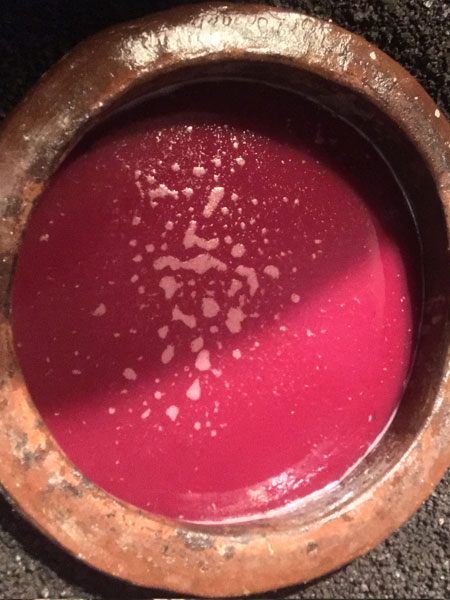 Orangey/pink in colour, this wine smells of wild strawberries and flowers.  Dry, crisp and fresh it has plenty of red fruit flavours; red currants and cherries, balanced by a fine palate structure.  It is savoury in style with a mineral backbone.

“Vino di Anna’s” second Rosato.  In 2019, organically grown grapes were hand harvested from two vineyards to make this wine.  70% of the cuvee was made from our vineyard located in the contrada “Tartaraci”, at 1000 metres of altitude, on the NW slopes of Mt Etna.  30% comes from old Nerello Mascalese bush vines, from our spectacular 110 yr old, red pomace vineyard, located in Contrada Monte Pomiciaro, near Linguaglossa.
The grapes from the “Tartaraci vineyard” were harvested on the 17th October 2019. The vines are 70 year old bush vines of Nerello Mascalese, Alicante (Grenache) and Grenanico. The white grapes were picked at the same time as the black grapes.

The field blend was placed as 100% whole bunches into three large mastellone (10hl food-grade plastic tubs).  Maceration took place for three days.  The fermenting must was then pressed directly into a 1500 litre Georgian qvevri. The wine finished alcoholic fermentation, underwent malolactic fermentation and was left on fine lees for 5 months.  It was bottled at the end of April 2020 neither fined nor filtered. 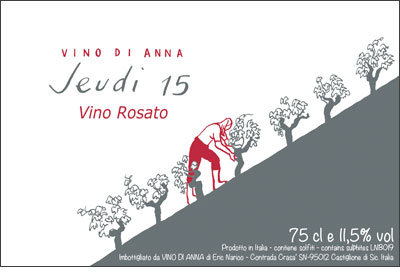 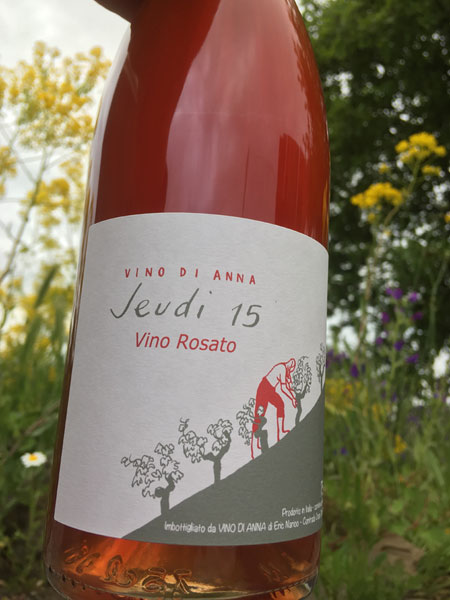 Pale orangey/pink, this wine displays notes of ripe tomatoes coupled with wild strawberries.  It is dry and fresh with a fine tannin structure.  It is savoury in style with good length and minerality.

The mild growing conditions of 2018 and the cool, wet start to harvest meant that some of our vineyards, like the “Jeudi 15” vineyard in Monte LaGuardia were not going to reach full phenolic maturation.  Thus a portion of the grapes were hand harvested earlier than usual, on the 9th October and made into a Rosato.

Monte LaGuardia is located at 800 metres of altitude between the village of Passopisciaro and the town of Randazzo.  The vineyard is today approximately one hectare, of 90 -100 year old alberello (bush) vines.

A field blend, being 90% Nerello Mascalese with 10% indigenous white grapes (Grecanico, Catarratto, Minnella Bianco, Carricante ) the grapes were destemmed into five large mastellone (10hl food-grade plastic tubs).  Maceration took place for three days.  The fermenting must was then pressed directly into a 2,000 litre Georgian qvevri. The wine finished alcoholic fermentation, underwent malolactic fermentation and was left on fine lees for 6 months.  It was bottled at the end of April 2019 neither fined nor filtered. 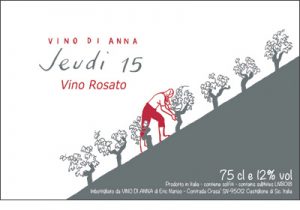 Scheda tecnica
View distribution
For more information please get in touch
We use cookies on our website to give you the most relevant experience by remembering your preferences and repeat visits. By clicking “Accept All”, you consent to the use of ALL the cookies. However, you may visit "Cookie Settings" to provide a controlled consent.
Cookie SettingsAccept All
Manage consent

This website uses cookies to improve your experience while you navigate through the website. Out of these, the cookies that are categorized as necessary are stored on your browser as they are essential for the working of basic functionalities of the website. We also use third-party cookies that help us analyze and understand how you use this website. These cookies will be stored in your browser only with your consent. You also have the option to opt-out of these cookies. But opting out of some of these cookies may affect your browsing experience.
SAVE & ACCEPT